To celebrate Halloween as it should be, you can go door-to-door collecting candy, or set up a date at the local graveyard. But why not enjoy it at home, with family or friends, while having fun? Nothing better than a good part of role-playing games, some of which are especially suitable for the occasion.

© Wizards of the Coast

Since the worldwide success of the Stranger Things series, everyone has been able to understand how immersive a tabletop RPG can be and how conducive to immersing its participants in the atmosphere. The horrible and fantastic universe of Ravenloft is one of the funniest illustrations of this. With Van Richten’s Guide to Ravenloft, the venerable D&D (Dungeons & Dragons) finally has its qualified guide to dark fantasy settings in its fifth and final edition. Recently translated by Wizards of the Coast into French, this country setting smacks of gothic horror: In the nightmarish realms of Ravenloft, monster scholar Rudolph van Richten has compiled his correspondence and research files, hoping to provide future adventurers all the items they will need. to deal with these creatures of the night. 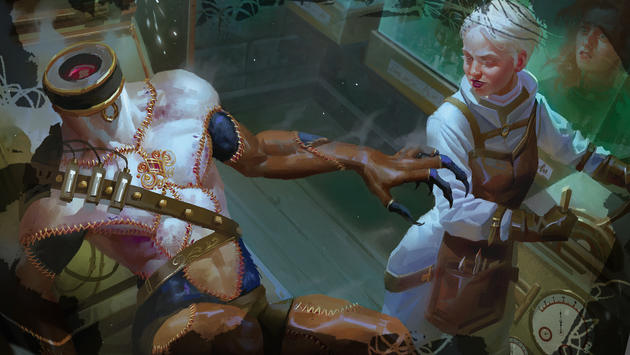 © Wizards of the Coast

With new bloodlines for your characters on the menu (the Dhampir, the Gore or the Resurrected), two new subclasses, the College of Spirits for bards and the Covenant of the Undead for occultists, but also a wide range of fearsome creatures in the monstrous bestiary. A new adventure at the end of the book will allow the players and the dungeon master (the one who knows and introduces the story and plot to the players, regulates the actions and coordinates the game) quickly establish what to expect for Halloween night. All that remains is to find the right soundtrack, lay the cards on the table, and break out the dice game for a few hours of exploits that will make even white walkers green with envy.

And for those who have been seduced by the experience, the Curse of Strahd campaign, a large collection of adventures for characters from level 1 to 10, is announced in French for November 25. Enough to challenge one of the most powerful evil beings in this universe on his own turf in Ravenloft Castle!

The call of cthulhu, the timeless lovecraft

It’s hard in the world of terrifying imagination to miss the famous Cthulhu Mythos imagined by the somewhat depressed brain of American author HP Lovecraft (1890-1937). Movies, manga, videogames, comics or television series… his work has been more or less successful in all media. For once, the adaptations in role-playing games are perhaps the most successful. Ancient gods, demonic monsters, terror, madness, all in the form of investigations that players must solve, and where the real and the fantastic, the forgotten legends and the occult sciences are mixed. In short, it is as if Hercule Poirot invited himself to the movie Shutter Island, with aliens on the prowl. Here we offer you the versions of two different publishers. 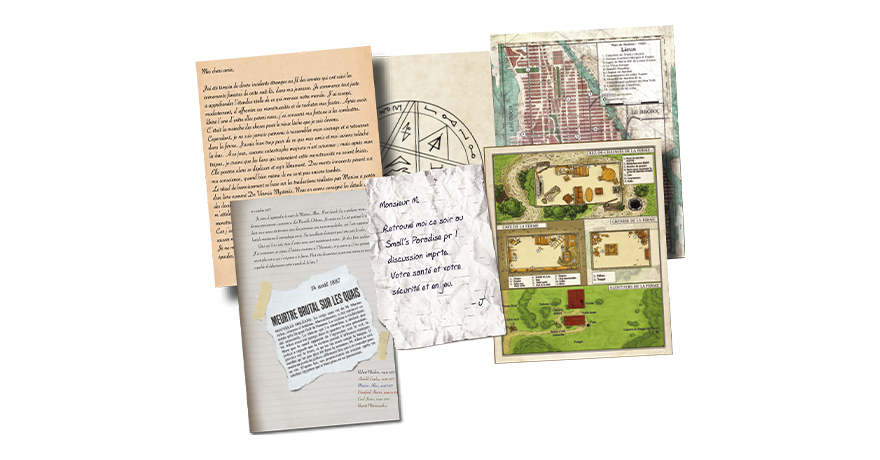 The most classic is the one found in the Edge editor. This is the historical call of Cthulhu. In an already well-stocked range of core books, supplements, and campaigns (a series of various scenarios played with the same character, requiring several playthroughs to complete), the ideal is to opt for the Core set, which contains everything you need. players and game masters need to play, without having to delve into extensive reading beforehand. 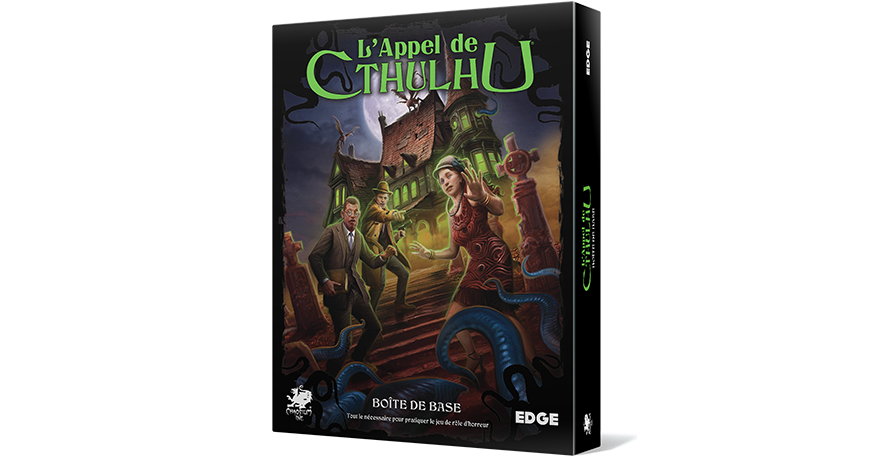 A rule book, a scenario, character sheets, specific dice… Enough to guarantee several hours of excitement even for the most experienced players. Three extensions, as well as the RPG offered in its full version (Guardian’s Handbook, Investigator’s Handbook, Guardian Accessories) ensure a long game life.

The second version, published by the French in Black Book editions, is a variation on their forgotten game Chronicles Fantasia – Introduction to RPGs, the best-selling French creation in recent years. By virtue of this success, the publisher has transposed this body of rules, simple, effective and suitable both for those who are interested in the details and for those who prefer a quick start.

The box is full of documents, figurines, cards, game master screen, dice… of great quality, for the most playful experience possible. Note that a campaign is provided, as well as a large starting scenario, such beautiful mindswritten by genre fanatic and thriller author Maxime Chattam. 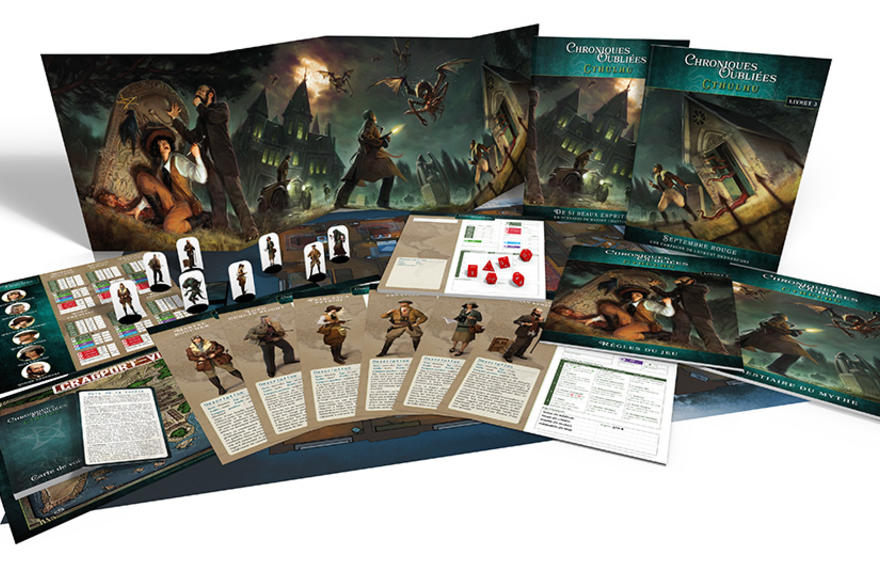 Tiny, the emotion of the little ones 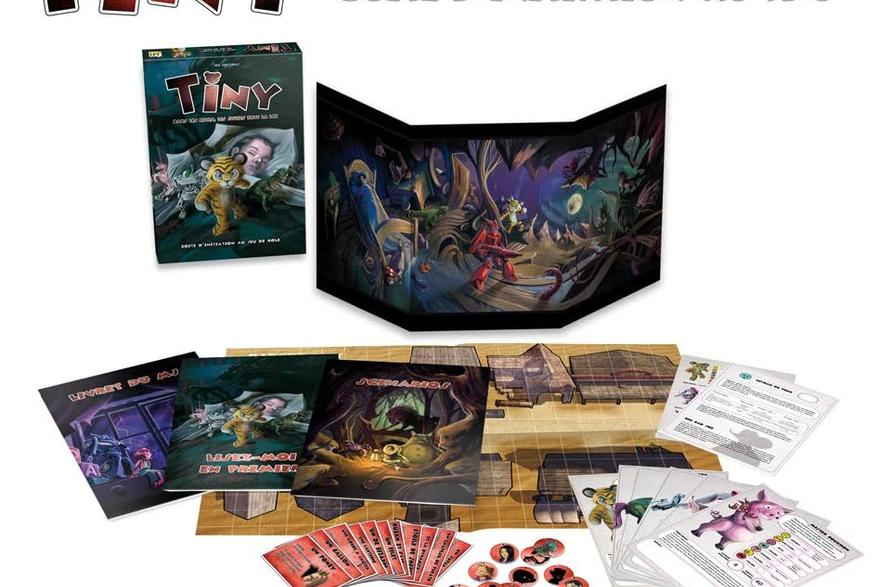 Our first RPG? Without a doubt the one we all experienced, as children, at nightfall, when we were about to slip into the realm of dreams. In the skin of the hero whose exploits we had just seen on the screen or in the pages, we dream of the savior of the world, of a wounded animal, of a prince or princess in danger, or simply in the fight against a demonic turned master. This is exactly what the Tiny role-playing game offers you, one of the rare real games of its kind (apart from a card or board game) accessible from 8-10 years old. A delight for parents who are already experts in role-playing games and would like to introduce their children, without having to worry too much about the rules, and in a universe where no one will have their heads chopped off or transformed into a bloodthirsty killer. blood. 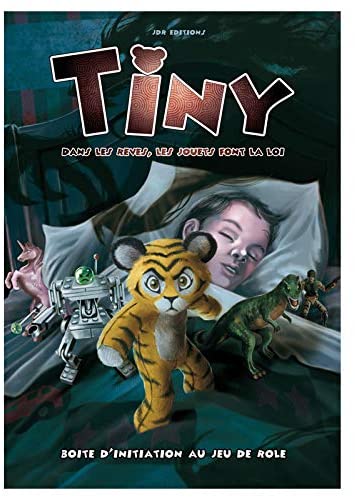 The good idea is to have pushed the beginning of the night of the child as a starting point, until the end. Each player thus embodies one of the sleeping child’s quilts. Robot, stuffed toy, figurine, construction set, kitten or dinosaur, players accompany Tiny the stuffed tiger in the world of dreams, to prevent the Akymerides (incarnations of nightmares) from waking up the boy, thus allowing him to invade the world. real. Lots of advice is offered for creating your own toy heroes, as well as for building a balanced story that is easy to understand, even for the youngest adventurers. Two scenarios allow you to quickly get started in a game, in an Egyptian pyramid or on a pirate island. Many supplements and extensions have already appeared, at very reasonable prices. The RPG publisher has even provided a starter kit as well as character sheets to download for free HERE.

So it’s a return to the very essence of what RPG does, namely the pleasure of playing a role according to one’s wishes, in unusual and unbelievable situations, which Tiny enables. An ode to imagination and creativity, which will perhaps allow role-playing apprentices to stop fearing the coming of the night.