Not even a sign. The door is barely guarded by a stocky man dozing in an old metal chair on the sidewalk. The unvarnished entrance leads into a wickedly neon-lit hallway, then a series of concrete steps that you halfheartedly climb, until you reach the reveal of a huge terrace. Dozens of people, young and old, dine and toast under the stars. His hair shines and his skirts are more parted than Romeo’s heart. Smell of grilled octopus and spices, tchakatcha shaker, refreshing noise from the monumental bar and its hundreds of bottles likely to convert a community of Mormons to mixology. A ladder climbs even higher, no doubt towards paradise. The sound also goes up. On a stage overlooking Havana, the duo of rappers La Reyna and La Real balance their voluptuous flow, a mixture of Cuban, Brazilian and North American influences, supported by the jazz lines of a divine bassist. Francis Scott Key Fitzgerald is not dead, he lives here, at San Isidro 214, an apparently quiet street between Compostela and Picota avenues, in Havana.

READ ALSO: In Venezuela, it is the women who make the flavor of the rum

A delicacy, a gourmet thing.

All this little world that vibrates in rhythm was brought together by the French Camille de Dominicis and Briac Dessertenne. These two met at Moët Hennessy (LVMH), another club that has monastic champagnes, fine whiskeys, very fine wines and a cognac that everyone is gulping down on its menu. The Dominicis-Dessertenne duo set up an internal start-up with the idea of ​​creating a leading brand of rum. Address Cuba, at Cubaron, a state-owned company established long ago near Santa Clara and run by people who could cut cane with their eyes closed while dancing salsa. True rum pros, pronounced “ronne”, as it is called here, masters of blending spirits made from cane molasses. At the head, the master César Martí -revolutionary name associated with the first name of an emperor- who could well conquer the world with his own rum recipe that consists of considerably increasing the percentage of brandy in the brandy mixture. Result: a more aromatic, thicker, silkier, sweeter drink… This is the principle that César Martí has ​​applied to the new creation. After hundreds of trials, arguments longer than a speech by a head of state in uniform, multiple cigar breaks, Eminente was born. It’s not a pirate liquor, more of a delicacy, something for foodies, and there are plenty of them.

So, the Eminente rock met that night at the Yarini club. At the end of the bar, we spot chef Annabelle Cantarero, an outstanding cook, born in Russia, originally from Nicaragua, trained at the Ferrandi-Paris school. She left Finca Tungasuk, her farm located a few kilometers from Havana, for the night. There, with her husband Alfredo, a former UN official turned organic farmer, she grows her fruits and vegetables in permaculture, which she cooks for visiting gourmets. The dining room, a beautiful terrace on one of the heights of a 21-hectare garden, is undoubtedly one of the best addresses on the island. Annabelle uses rum to roast prawns as big as lobsters. She also composes cocktails by adding fresh honey to aguardiente, which she extracts directly, on demand, from her own hives, and homemade lemon juice. This unusual drink is called canchánchara. Inevitably, Annabelle’s montage is difficult to reproduce in a Parisian apartment. But we can get close.

In the mixological register, this small world of Cuban creatives also has Cedric Alejandro, the bartender at La Guarida, a restaurant located in a mansion in the historic center.
Among the friends of the house, there is still Clandestina, one of the first fashion and design workshops in Cuba directed by the Cuban Idania del Río and the Spanish Leire Fernández. Two characters who spare neither their time nor their energy to highlight their brand. Both multiply the proposals for reusing bottles of the new rum, transformed into glasses, carafes, vases, candlesticks. In Cuba, nothing has been thrown away for a long time and everything has been transformed.
Dance is also in the spotlight thanks to Briac Dessertenne’s relationship with the choreographer Carlos Acosta’s company. The man is on tour but the younger members of his company are present that night on the terrace of the Yarini. 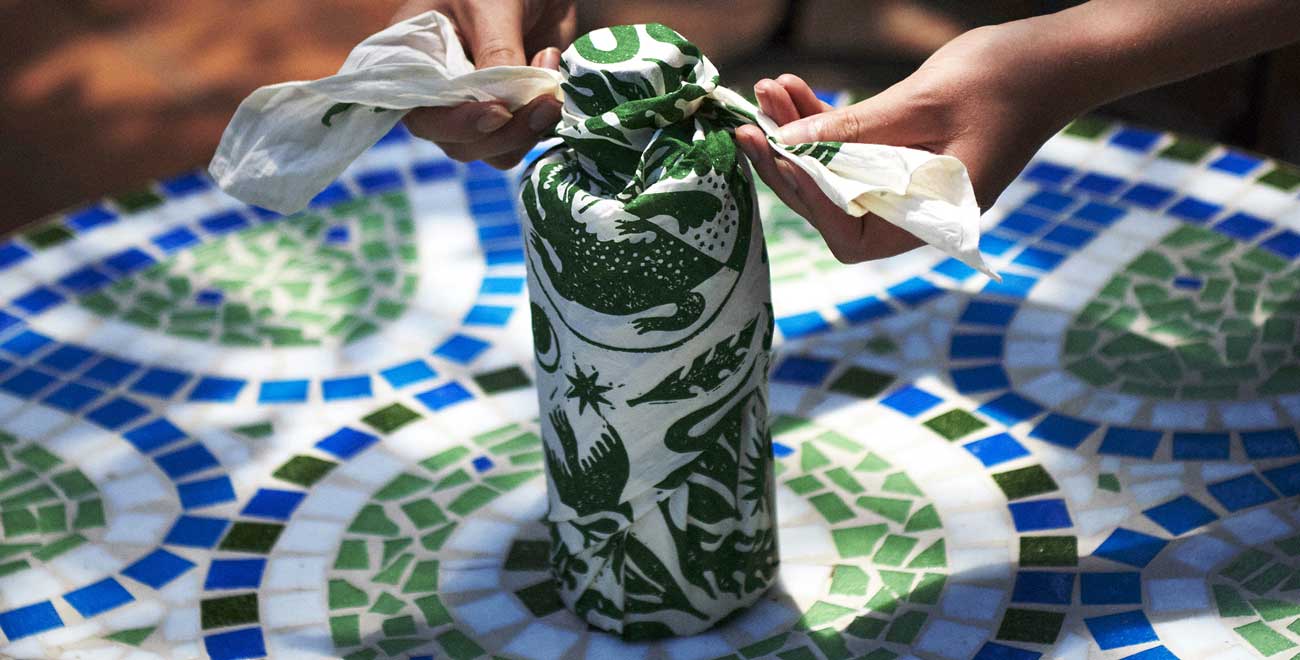 To unite all these people full of energy, everyone can count on the presence of Raúl Bravo. The 30-year-old has already had several lives. If most Cubans recognize him on the street, it is because he has been a figure in Cuban television series and feature films in recent years. The actor went to the other side of the camera to direct and then produce with Cubastudios, his own production company. Today he brings Eminente to life by opening a brand address book with musicians, actors, dancers, representatives of entertainment, nightlife, businessmen and other influential people without whom it is difficult to get ahead in Cuba.

Eminent is a true reflection of Cuba in a Technicolor version. This is not about the Malecón, the emblematic avenue of Havana where the ruined buildings end up collapsing like sand castles, nor about dozens of meters of queues in front of state stores, nor about the horse that continues to be the best means of transport to the leave. the capital. Eminente talks about startups, feminism, environmental concerns, all issues that affect both Cubans and Europeans and much of the Western world.

The rum brand emerges at a key moment in the life of the island. A year has passed since the Castro family left power. However, the regime has not softened. The demonstration on July 11, 2021, organized to protest against the economic and health situation in Cuba, resulted in the arrest of thousands of people. Since then, it seems that the State wants to accelerate the opening of the economy. It is true that in Cuba, which the locals sometimes compare to a dinosaur recalcitrant to change, evolution is slow. But the energy of the art community seems immense. Waiting for a new era, everyone will take the time to whistle some canchácharas.

» What to serve with rum? Our Best Rum and Food Pairings as Seen by Featured Chefs