I’ve been using a Pixel 6 daily for nine months and would find it hard to part with it. Here is my detailed opinion after a long-term test.

Last October, Google launched its Pixel 6 and Pixel 6 Pro, phones that marked a real turning point in the brand’s philosophy after years of more or less successful adventures and trial and error. It was a real critical and commercial success, all things considered, but nonetheless a success on the scale of Google. But time has spoiled this vision with the appearance of many bugs identified by users.

However, after 9 months of use and almost no bugs, I still love my Pixel 6 very much.

I have always liked Google smartphones.

For context, I’ve always liked the Google experience. I’m one of those people who swore by the Nexus in LG’s heyday (Nexus 4 and Nexus 5), despite battery issues and poor photo quality. So I really appreciated the Pixels and was, despite myself, an excellent seller of the brand when it came to recommending a Pixel 3a or 4a to my relatives, who were always delighted with this advice.

I really fell in love with the Pixel 4 XL. It was heavy, full of flaws, but you have to have had it to understand how much it offered a fluid and different experience. Soli your next generation buried radar sensor certainly had a lot to do with it, rest in peace little angel. So it’s not too surprising that he appreciated the Pixel 6, despite some reluctance at the time.

For my taste, three points are important in a smartphone. First, autonomy. Because a phone, no matter how good it is, if it goes off at 4 in the afternoon, it will still be a useless brick. Then the overall experience, fluidity, interface, screen quality, grip, and finally photo quality.

I will return to the autonomy and the quality of the photos, but let’s stop at the overall experience, starting with its design that made me prefer this Pixel 6 to the Pixel 6 Pro. I can’t stand curved screens and seeing Geoffroy’s comments on the subject, the Pro is a nightmare at this level. Also, I have problems with phones that weigh more than 200 grams. The Pixel 6 already weighs 207 grams, I didn’t want to go higher, too bad if that made me lose the telephoto lens. 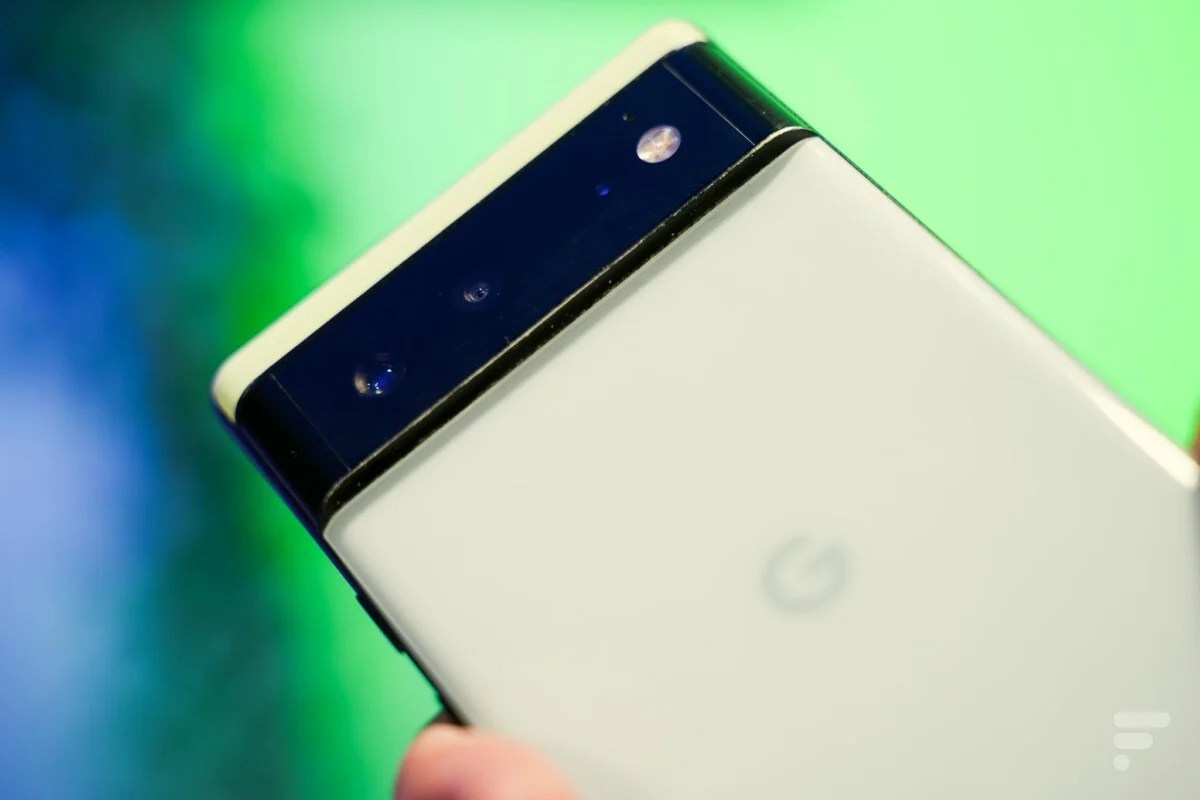 Apart from this detail, the design of the Pixel 6 did not shock me, unlike others who reviled its horizontal photo module. Its real problem is not so much aesthetic as practical: not only its angles represent nests of dust, but its edges end up whitening due to blows and friction. In nine months, the entire frame has also tended to stain. I confess I’m averse to shells and have clumsily dropped it a couple of times, but other phones are much more resilient at this level. 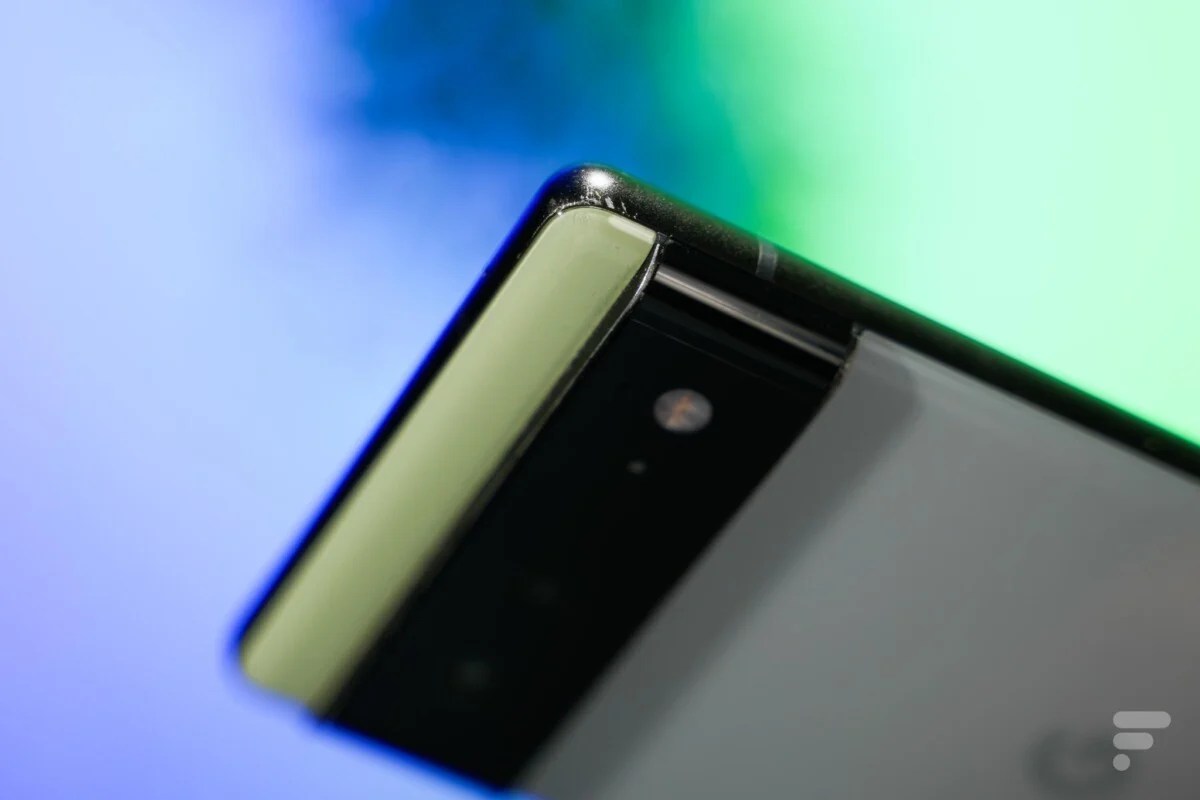 In short, you will have understood, it is not because of its design that I like the Pixel 6.

So, let’s get back to the crucial points, starting with autonomy. At this level, the Pixel 6 is very impressive, even nine months later. Aside from a few days where I experienced some weird battery drain that was probably due to poor app cache management, the Pixel 6’s battery has never let me down. My use is quite important and, however, I have never been afraid of the blow of the failure in case the night is prolonged. For example, it is 6:40 pm at the time of writing this article, I unplugged my phone when I woke up this morning and I have 80% battery left. Of course, I only used it for about 2.5 hours a day, but it’s still impressive and allows me to stay calm in all circumstances.

In fact, I rarely missed fast charging. I would not spit on a load of 60 W or more (against the 30 W announced by Google), but that would only cover a very specific lack. I’ve finally relearned how to charge my phone at night, with today’s smartphones handling this in a way that doesn’t drain the battery.

Now onto the experience itself and the Pixel interface. I must admit that some points of Android 12 still frustrate me, starting with the express settings “Internetwhich still combines mobile data and Wi-Fi, adding a click to actually access. The disappearance of the Android 11 power menu too.

But aside from that, the Pixel Experience (Google’s interface) brings me everything I want with great fluidity. However, I consider myself lucky to have absolutely never experienced the many bugs others have found with their Pixel, apparently it’s a real Russian roulette… 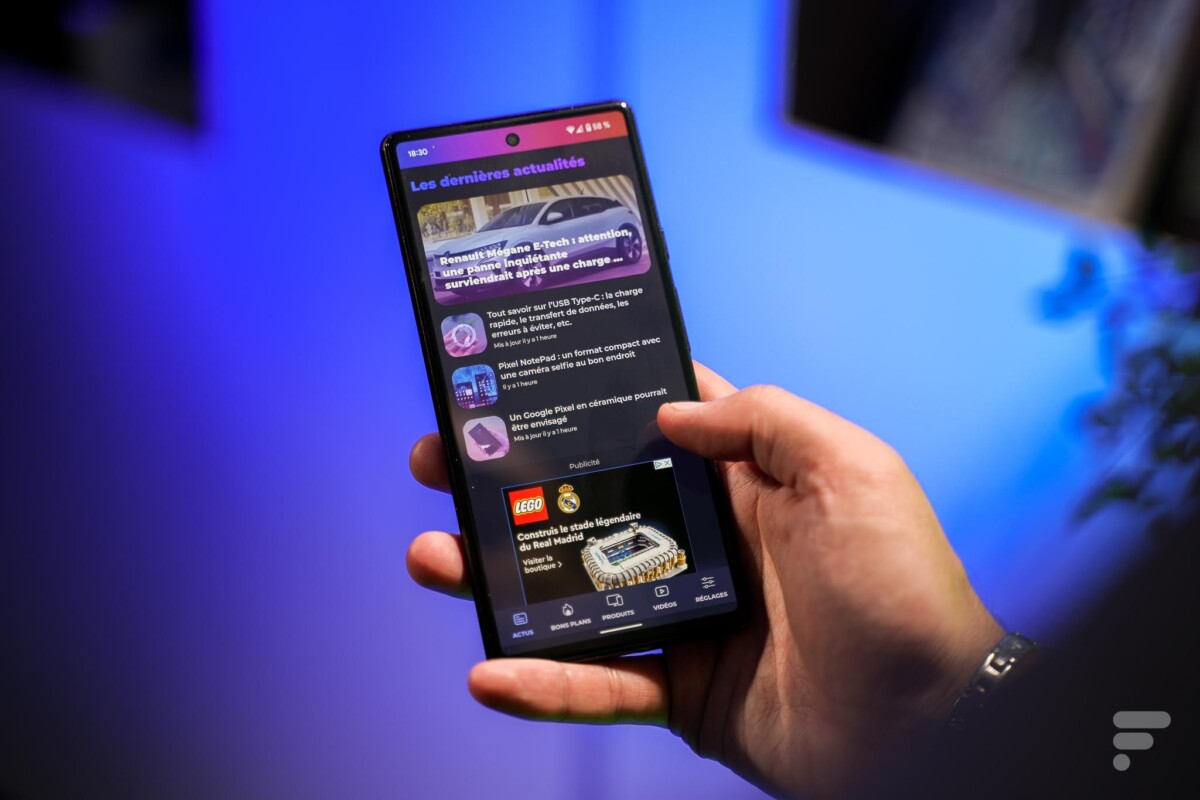 Small details like the preview widget ( take a look ), instant subtitles, music recognition that happens on the lock screen without you having to ask… These are all small elements that make the Pixel experience unique. It’s not because I haven’t used phones from Oppo, Samsung, OnePlus and even Apple in the last year; Google’s have that little extra that works for me.

Call me for your photos of parties, weddings, Bar-mitzvah…

But now let’s talk about what I think really sets the Pixel 6 apart: the photo. In his long-term test of the Pixel 6 Pro, Geoffroy indicates that he is disappointed with the photo and notably mentions smartphones that now have larger sensors. Technically, without a doubt, it is an advantage. But in fact, even with a one-inch sensor, with the small lenses that equip today’s phones, algorithms still account for a large part of photo quality.

So yes, in a landscape, even at night, the competition has largely caught up with Google, and the gap is no longer as impressive as it once was. However, there is one area where Pixels’ artificial intelligence remains unbeatable: moving targets in low light. If you are used to playing photographers in your evenings, you know how difficult it is to get a successful shot after a certain hour. Likewise, if you have a pet or small child that’s difficult to pose for, the Pixel is still going strong.

It’s very simple, I have lost count of the number of times in a year that someone has become jealous of the photos that my phone is capable of taking. A show finale, an animated family photo, asolefast, a furtive expression of joy, a stolen hug, people who are too happy or even lightning that splits the sky… to achieve a photo like this, you won’t need to think for hours. Point, click, your photo is successful. Even the iPhone, while among the best at freezing a scene, doesn’t come close to the Pixel on this level.

Keep in mind that many of the photos above were taken in difficult lighting conditions that require the use of a long exposure and generally with fast-moving subjects.

Then yes ! The Pixel 6 does not have optical zoom, it is not the smartphone with the best sharpness, but it is undoubtedly the one that will allow you to photograph your best memories. And when you combine all that with its ultra-competitive price, it’s hard not to warmly recommend this Pixel… keep your fingers crossed for mistakes.

To follow us, we invite you to download our application for Android and iOS. You can read our articles, archives and watch our latest YouTube videos.