After a winter with little rain, this Thursday, April 14, the vice president of Dijon Métropole asked the departmental council of Côte-d’Or to “suspend” the pumping carried out at the Dijon sud water table to fill a basin intended for irrigation. 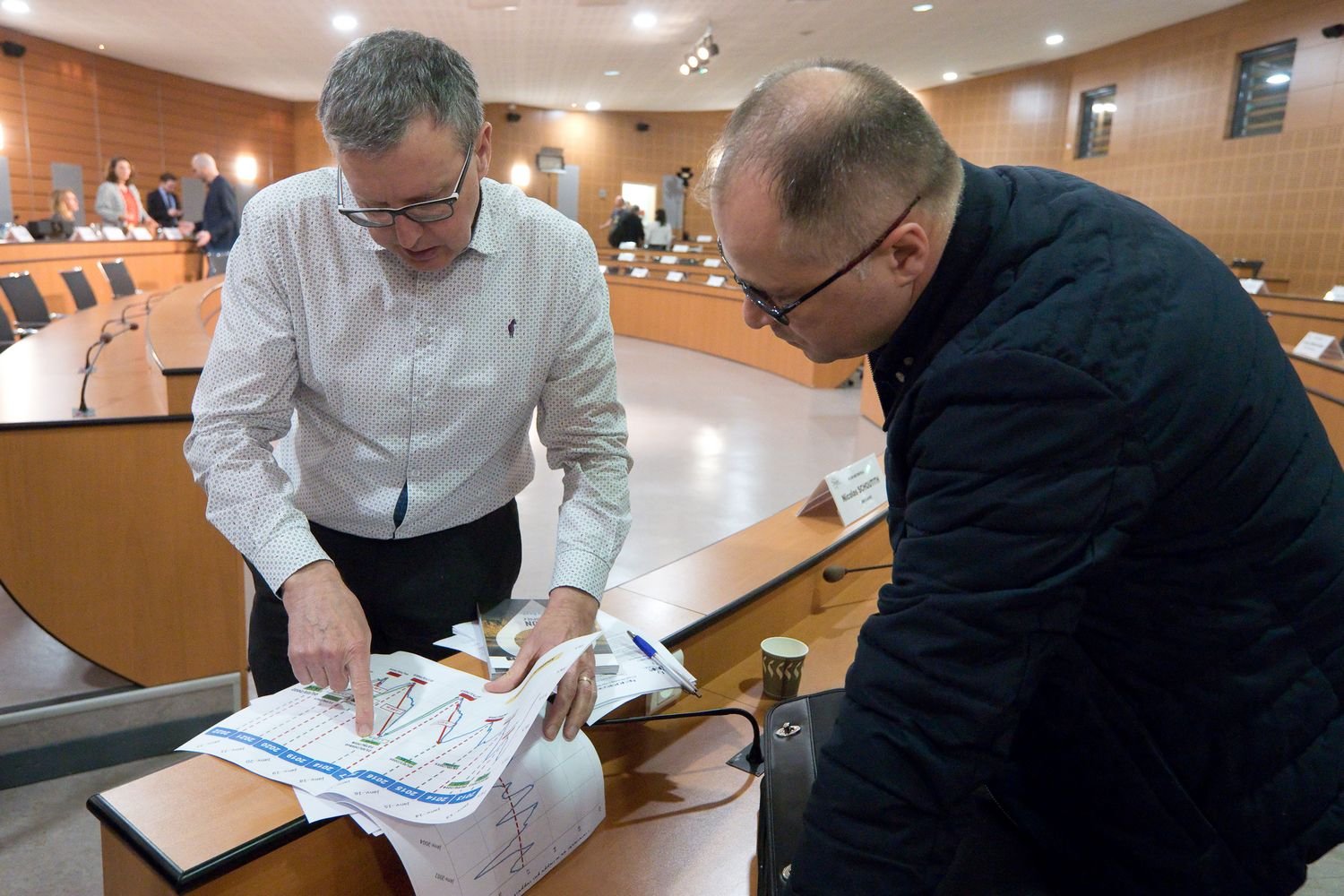 “The water table in southern Dijon has dropped 2.25 meters in ten years.” The independent environmentalist Jean-Patrick Masson, vice-president of Dijon Métropole in charge in particular of the ecological transition, spoke while dubbing a report to inform his colleagues during the metropolitan council this Thursday, April 14, 2022.

“The winter that just passed is the most terrible winter in terms of rainfall as rainfall has been very low, the water table has only risen 29 centimeters during the winter. (…) We are in a complicated situation that will probably bring difficulties throughout the year”, warned Jean-Patrick Masson.

“I’m calling to postpone the operation”

“What makes me bristle is when, at the same time, we have the filling of the Diputación’s reservoir, that is, a pumping of 40,000 cubic meters into the water table. The least that can be done is that a community that has the role of preserving the well-being of the inhabitants and their future in terms of drinking water supply, that cares about the issue of water supply, (…) it would be essential that there be a total cessation of pumping while waiting for a hypothetical and totally desirable recharge of the aquifer itself. (…) I call for the operation to be suspended”, he stated.

In the process, Antoine Hoareau (PS), vice-president of Dijon Métropole and president of SEMOP Odivea, denounced “indecent uses of the tablecloth south of Dijon”.

“It is a real issue”, reacted François Rebsamen (PS), president of Dijon Métropole, “we must protect this water table, (…) let us act to stop not the pumping project but the pumping at this time”.

“We stopped massive pumping in the 1995s”

At the end of the meeting, Jean-Patrick Masson provided additional information.

The southern Dijon water table extends from Dijon to Izeure, under Chenôve, Perrigny-lès-Dijon or Corcelles-lès-Cîteaux. It thus extends over 20 km long and 2 to 4 km wide. A first layer, superficial, is between 23 and 34 meters deep. A second layer, deep, descends to 63 meters.

Its resource is used by approximately 45,000 inhabitants. In operation since 1960, its capacity is approximately 15 million cubic meters. Regenerated solely by rainwater, it feeds the Cent Fonts (or Sansfond) River, a tributary of the Vouge. It is part of the Saône basin.

In ten years, the water table in the south of Dijon has dropped by 2.25 meters and recharges are less and less important. The last significant recharge dates from 2017 with a rise of 2.60 m in winter followed by 17 months without recharge, to finally lower the level. In 2019 and 2020 recharges were modest at around 1m20.

“We use it as little as possible – it feeds Fenay, among others – because, being this groundwater fragile, we stopped pumping massively in 1995,” said Jean-Patrick Masson, who estimates the volume of water at about 2 million cubic meters. . caught annually.

A project funded by the Rhône-Méditerranée-Corse water agency

In addition, pumping has recently been added to supply a pond set up by the departmental council of Côte-d’Or to supply water to organic farmers on a 20-hectare plot in Perrigny-lès-Dijon. what will represent by last 40,000 cubic meters.

François Sauvadet (LCOP), president of the departmental council of the Côte-d’Or, regularly balances the 40,000 cubic meters of the basin and the “20,000,000 m3 per year” captured by the Metropolis in its various resources without forgetting to point out that the The project is co-financed by the Rhône-Mediterranean-Corsica water agency to promote organic production above the water table (read the press release).

In general, the centrist defends “access to water for everyone, everywhere, for all uses”, including agricultural uses, while his opposition has challenged the jurisdiction of the Department on the issue of water before the administrative jurisdiction (read our article).

“It is a weakened water table that for more than twenty years has dropped more than 2 meters. The fact of not having a recharge in winter, in connection with climate change, the fact that we artificially pump to supply a basin in Perrigny-lès-Dijon, we further weaken it with additional uses. (…) Any pumping that did not exist a year ago makes the situation worse”, declared Jean-Patrick Masson to Dijon Information.

Personally, the environmentalist opposes the storage of water on the surface due to the evaporation that occurs, estimated at “between 30 and 50%”. “We store water and lose half of it,” he lamented. However, as an elected metropolitan, this is not the argument that he uses: “the basin is built. I’m just saying it’s not reasonable to pump now. If we have a rainy winter next year, there will be no problem, but this year it is a problem.”

“We have never experienced a situation like this except in 1993,” stressed the elected official, establishing a link with climate change. If annual precipitation is expected to have a downward trend in the coming years, above all it should be increasingly differentiated according to the territories, presenting longer periods without rain interspersed with precipitation that could be more intense.

In the event of heavy rains on land that has dried out, runoff water can have a flooding effect rather than infiltration into the ground, without recharging the water table. Similarly, while snow is a natural storage for water that infiltrates into the ground as it melts, its absence in winter no longer favors groundwater recharge.

“The classical temperate regime is changing, getting out of order. We ended up in a situation that we have never known. I have the statistics since 1970. We see the downward trend in rainfall, that we are increasingly irregular. Building facilities with the premise of saying ‘in winter there will be water, in summer there won’t’ is not correct. In winter, there may be no water”, analyzed Jean-Patrick Masson.

“You have to adapt to change”

“Being at the head of the basin makes us completely dependent on the rainfall regime for our water supply for livestock, for agriculture, for the human beings that we are, for industries. The only existing storage resource in our territory is the southern Dijon aquifer,” he noted.

“Winter recharging is fundamental”, the elected ecologist has riveted, “between November and the beginning of March, that is what the resource of the year does”. Starting in March, rainwater is mainly captured by growing vegetation.

“Things change, you have to adapt to change. There, it is the county council, if they had been the irrigators, it would have been the same, it is a de facto problem”, said the elected metropolitan who intends not to specifically target a particular community.

The intervention, corresponding to an “emergency” statement, was not accompanied by a vote of the elected metropolitan officials on this issue. 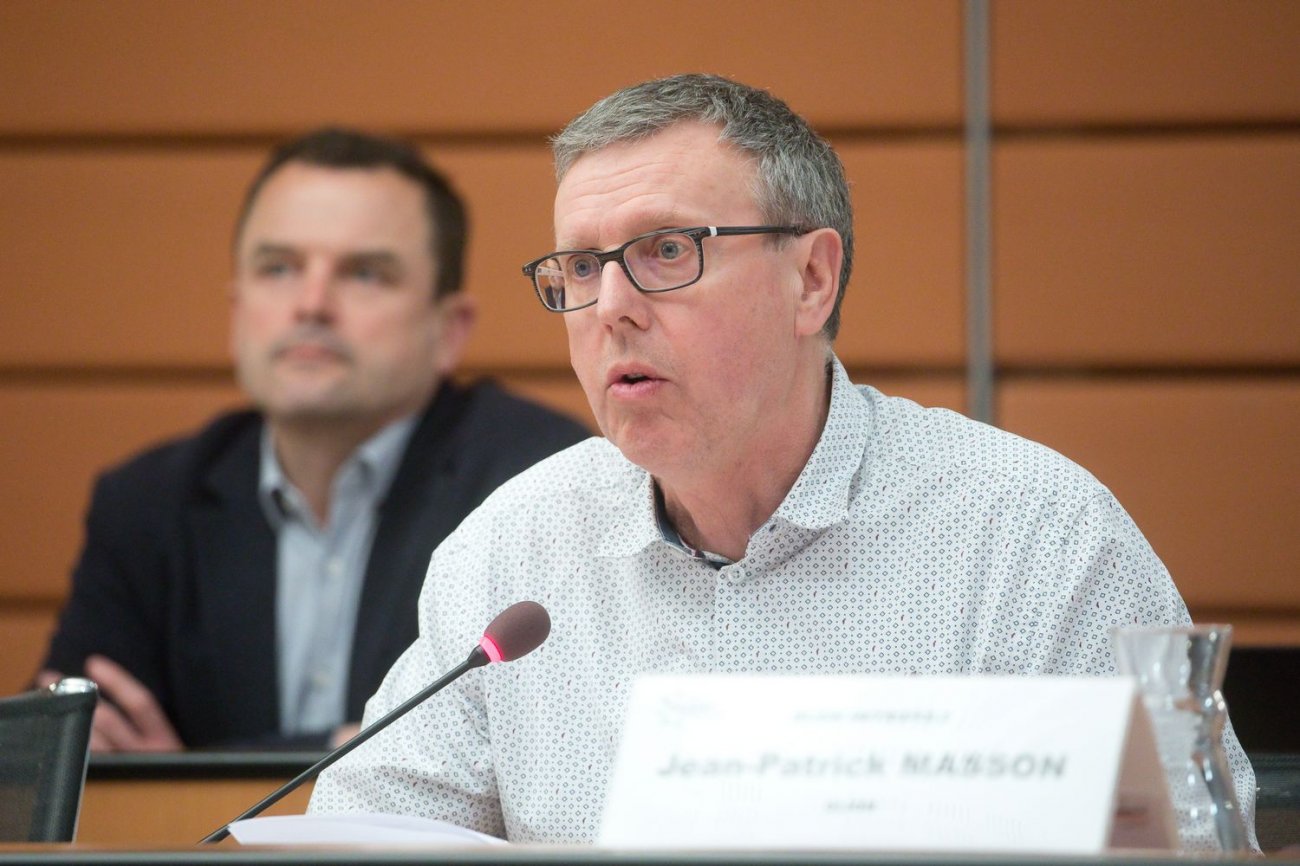 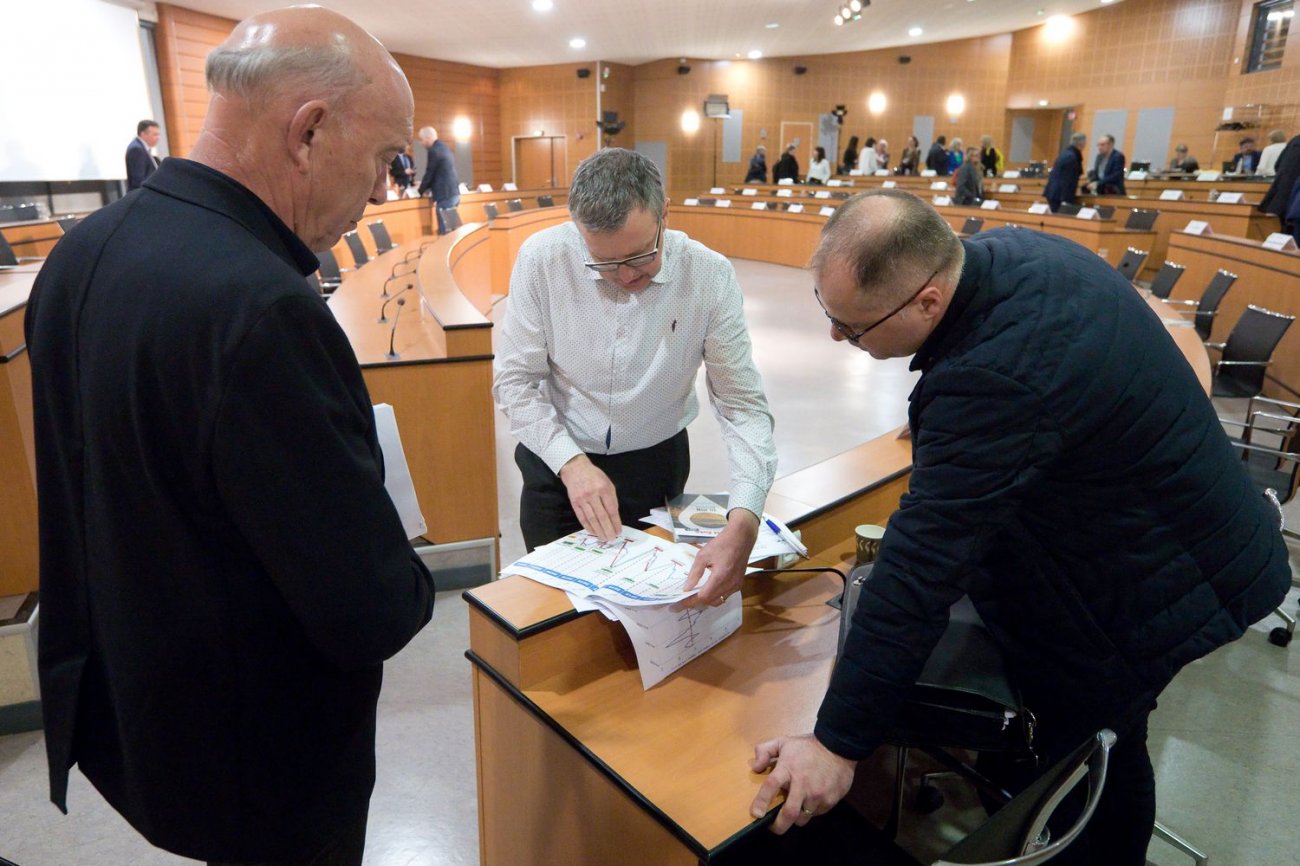 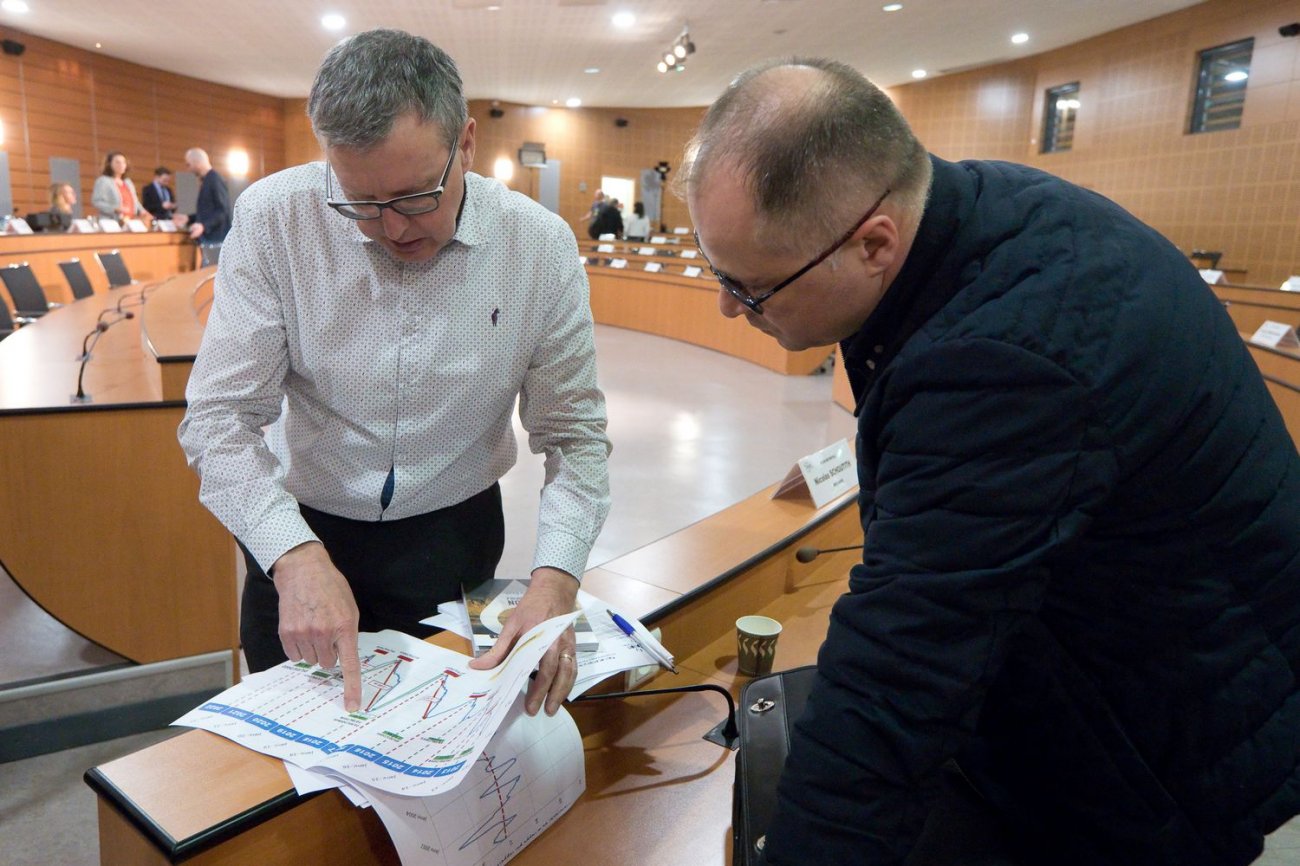 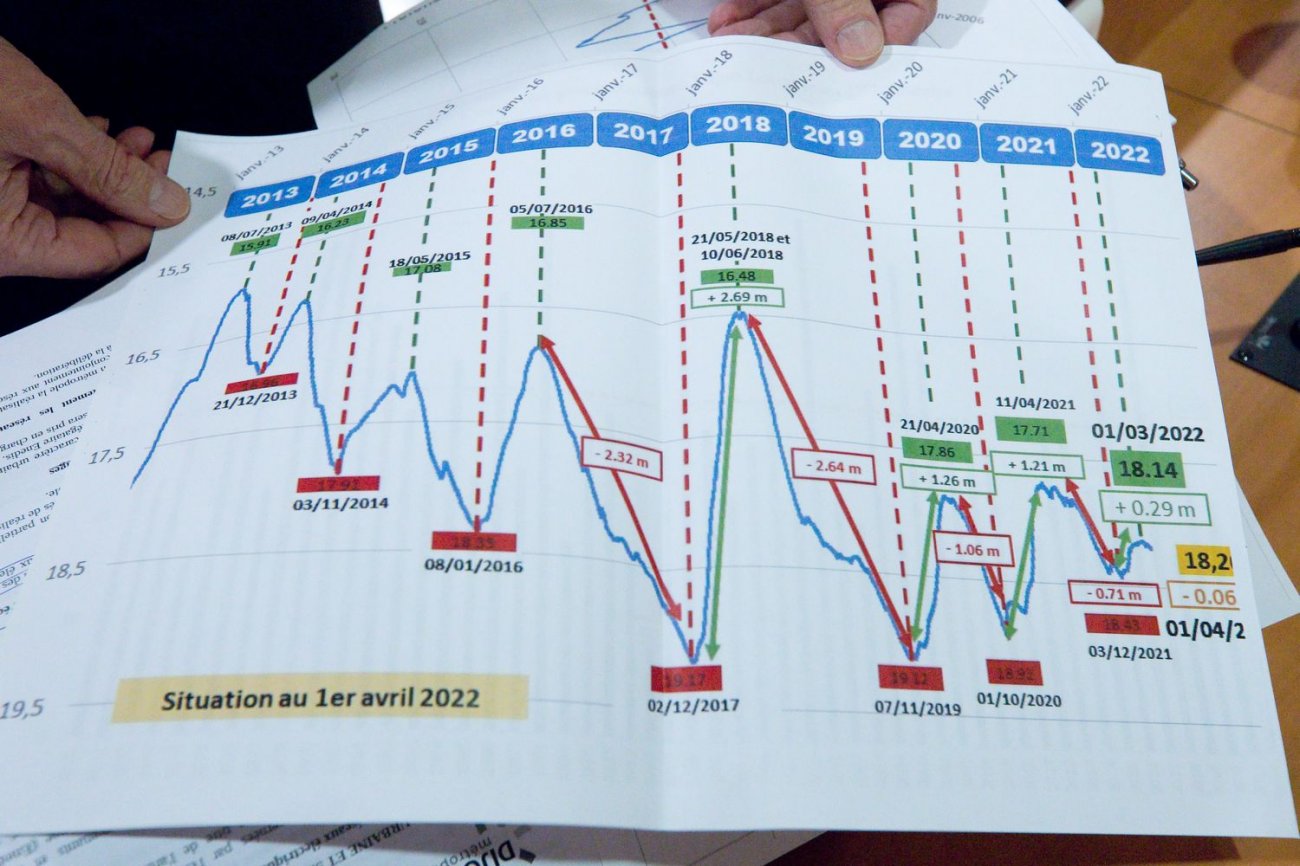 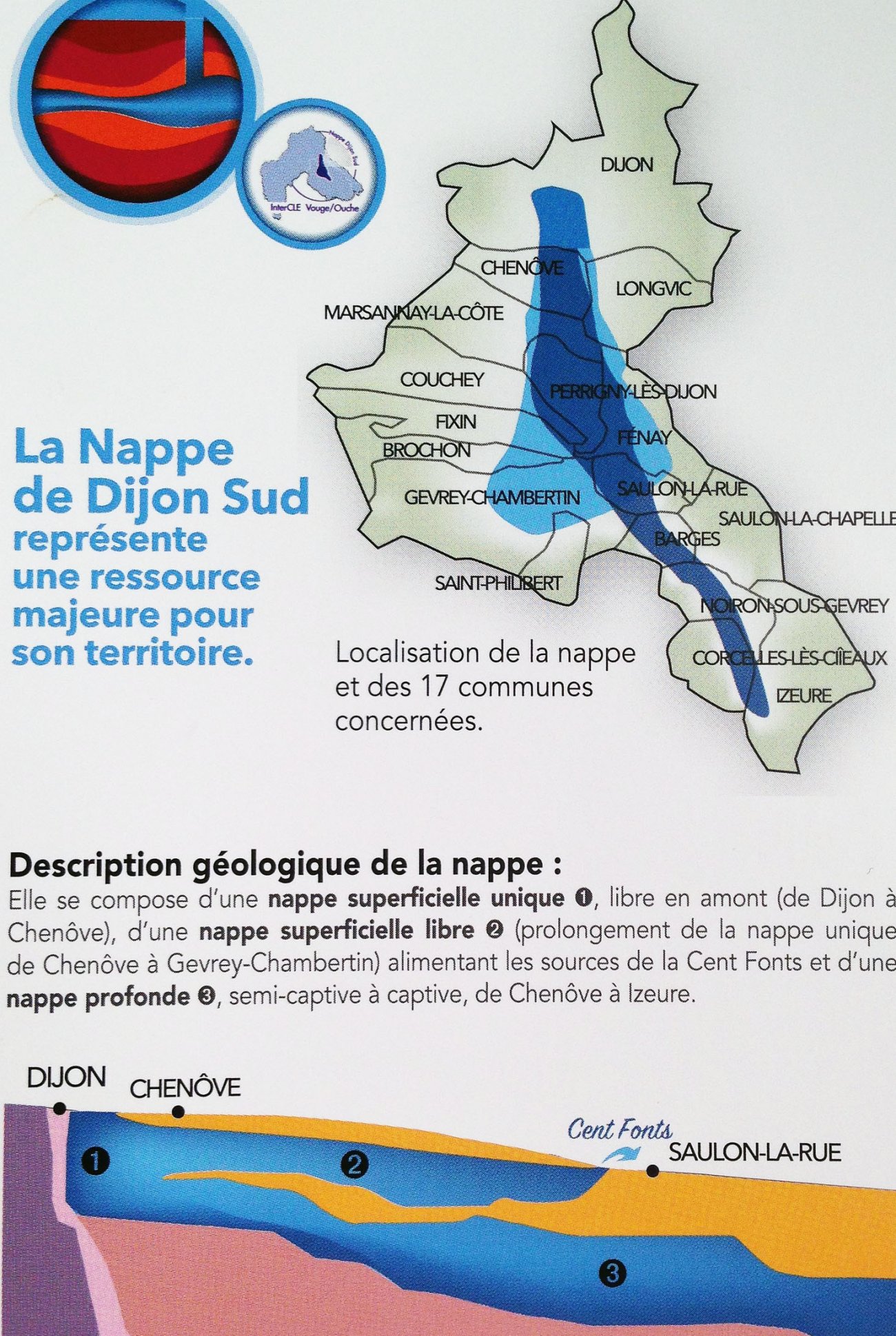