The national president of the CPME François Asselin was in Dijon this Thursday, April 14. In the middle of the presidential election, he answered our questions.

François Asselin was traveling this Thursday, April 14, 2022, to Côte-d’Or. Before going to the Château de Saulon to host a conference on the adaptation of companies and professionals to the new challenges of the French economy, the national president of the The CPME met with the members of the CPME of Côte-d’Or at AVS Communication , in the Cap Nord area of ​​Dijon.

The person representing small and medium-sized enterprises responded to questions fromDijon Information on the role of the CPME in this period between two rounds of the presidential election.

What is the meaning of this meeting with the members of CPME 21?

“My role as the national president of the CPME is to be in contact with its members. It is a great pleasure because I meet business leaders in their workplaces. Here we are in a magnificent company, AVS Communication, with a young leader full of talent and courage. I’m here to listen, a bit like a transmission belt, and then it’s an opportunity to take stock of the support and encouragement that I need to give them and for them, to give them perspective.”

“In fact, we have worked our corpus in the economic and social field, with 76 proposals to ensure that the different candidacies take into account the reality of VSE and SMEs, which really make up the economy of our country.

In France, you have 1,850,000 companies that have at least one employee. Of these, you only have 1,500 large companies. You see the incredible number of VSEs and SMEs that mesh the territory. They represent 99% of the number of companies and it is this backbone that must be listened to.

Business leaders often own them, they put their guts into it, sometimes their families, they are close to their employees. The social link is important, the economic weight is considerable and we must have a favorable environment for these companies.

Pay attention to the credibility of promises

How does the CPME continue to “make itself heard” in a situation between two rounds of the presidential election, where only two candidates can present their proposals?

“First, in each of the two remaining camps, you find some of the 76 measures that we carry. Our role is to enlighten those who tomorrow want to lead the country but also to enlighten our members about the reality of the programs of one or another of the candidates. And then, we are going to count on the CPMEs of the territories to get in touch with the candidates for the legislative elections who want to go to the National Assembly.

Each voter, each affiliate, will vote as they wish but, in our field of economic and social competence, we can say that each candidate in this election (even before the first round) is pro-TPE and pro-SME, because it is in the interest of everyone. That said, beyond promises, we are pragmatists. The promises must be credible and must be carefully analyzed. We can promise many things but if we do not have the capacity to finance them, it is not credible.

As historically, CPME will never call to vote for any of the candidates. On the other hand, we are here to highlight the programs. As for the Rassemblement National, this aspect of the program’s credibility and funding is lacking today, even if Marine Le Pen’s speech is aimed at VSEs and SMEs. On the side of Emmanuel Macron, we hear more about ecology and social issues, less companies.

There is an entrepreneur and an entrepreneur. A VSE-SME is not a large company in a reduced model. Very often in the debate, we talk too often about the CAC 40, but it is not the reality on the ground and the employer who is close to his employees. Whether a candidate can turn left is not the point. Our theme is that the entrepreneur is not absent from the public debate and to know how the environment can be more favorable.

Ten days before the second round, with the debate in sight, many things can still happen.

What difficulties do you hear from businessmen in the territories and what are the major issues that the CPME should address?

“The companies, it must be said, were quite well supported by the government during the crisis, in particular by the loan guaranteed by the State, which the companies are starting to pay back. But today you have three great difficulties.

Some companies that had a viable economic model before the crisis, in a buoyant market, are having difficulties paying the PGE in four or five years.
To go further, you have to go to credit mediation, but that also means putting the company in default. Suffice it to say that we lose a lot on the possibilities of action of the company. We are requesting a detailed analysis of these companies so that we can further distribute the PGE refund.

The second difficulty is runaway inflation. In competitive markets, many companies deny their margins and question their business model.
We cannot stop inflation, but the government can discuss with the energy players so that we do not find ourselves in a dead end, with bills that exceed financial results. If we do nothing, it is better that we stop producing because we are losing money.

The third point is that we always struggle to find the skills we need. It is played on various levels and in particular in orienteering, saying that there is a future for young people. It has to coincide with the National Education.
And we have to be more judicious in professional training. We manage to train but in a training that is not necessarily of interest to employers. We believe in operational readiness for employment. 84% of the people trained find a job thanks to this at the end of their training. We must massively go in this direction with Pôle Emploi in particular.

The last aspect, also recurring, is to make people want to go to work rather than be burdened by the community. And that is the reform of unemployment insurance.

“An environment conducive to risk taking is needed”

What are the strengths of companies to project themselves into the future?

“First, everything goes through men. The quality of men will make the innovative companies of tomorrow. If we want to turn around our businesses, everything has to be high, and above all people. That is a matter of training.

Next, there must be an environment conducive to risk taking, which business leaders take on for others. We must encourage them. However, we see that the SME culture is not enough, it is not very present. When we see the laws, the imposed regulations, it is often an avalanche of additional obligations accompanied by sanctions, more coercive than incentives.
We want to mount a test of SMEs to see, for six months according to a panel of 100 companies from the main sectors, if the standard is applicable. Today we set the tone and we have to be vigilant. When I see the way the French administration takes over the European rules from Brussels, I get scared.

We know very well that we have to decarbonize the way we produce, but when I see the time and the methodology used, I tell myself that we are completely out of place. And don’t miss the target. Companies are volunteers and partners in the process.”

Have we quickly forgotten that companies, however, have suffered during the crisis?

“They were well attended, it is true, and in general the activity is important to this day. But let’s not forget your debts.

Three things make the entrepreneur sleep like a baby: a portfolio full of orders, a positive cash register and a good atmosphere in the cash register. And then comes the invasion of Ukraine. It is much more complicated to assess the impact. We still have big clouds in front of us. It’s not fucked up because you never despair but you have to be solid. 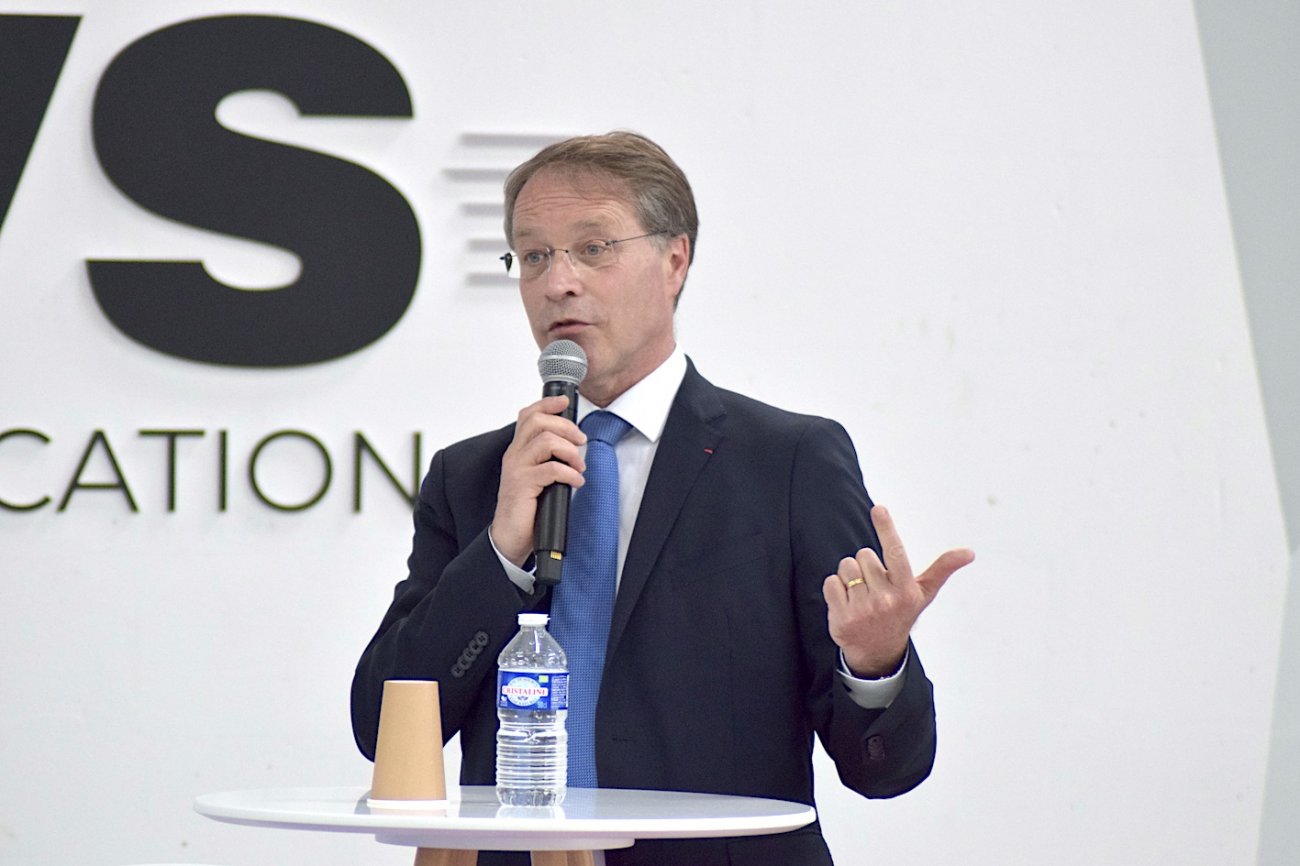