Half of Britons are trying to live greener lifestyles, but are limiting the type of food they eat, according to a study.

A survey of 2,000 adults found that 67% consider themselves environmentally friendly.

But 55% are still happy to eat food that could have a negative impact on the environment.

Only a third have cut back on foods they think are bad for the planet, with chocolate, milk and chicken being the top foods that people would find hard to give up for a greener alternative.

Cheese, eggs, sausage and bacon are also among the foods the country would struggle to do without, despite the negative implications. 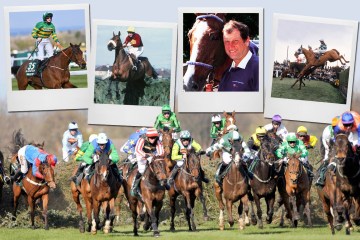 Only 5% admitted to not taking any action to help reduce food waste.

Despite a reluctance to adopt greener eating habits, 51% of adults have reduced their use of plastic or non-recyclable materials in the kitchen.

While 80% pay more attention than ever to packaging and its respect for the environment.

It was also shown that 64% make an effort to regularly buy recyclable and ecological kitchen products.

A spokesperson for MasterClass, producers of innovative and practical cookware and bakeware, which commissioned the research, said: “It’s encouraging to see so many people trying to do their part to help the environment, but it seems that many are tripping over a obstacle when it comes to eating time.

“Changing your habits is no easy task, but even small changes can make a real difference.

“Whether it’s reducing a food that impacts the planet during its production process or simply paying more attention to the composition of the items you buy, it’s one small step to reduce your impact on the planet. »

The study also found that 78% try to buy responsibly sourced products, with 22% specifically buying cookware made from recycled materials.

But 64% of those surveyed said the biggest factor keeping them from going green was cost.

Greater knowledge and information (40%) and greater comfort (38%) were also among the main factors that contributed to a greater respect for the environment.