Make fashion more sustainablemore environmentally friendly, more circular and also more energy efficient in all the Member States of the European Union, such is the promise made by the European Commissionat the end of March on the occasion of the Green Deal.

About these new proposalsFrans Timmermans, Vice President of the European Commission explains that “it is time to move away from the “take, make, break and throw” model who has done so many damage to our planet, to our health and our economy.

Only sustainable textiles will be sold in Europe by 2030!

The European Union leave 8 years implement the proposals made for honor your commitment make Europe the first continent climate neutral, without harming the economy or the quality of life. And that’s why, she tackles fast fashionalso called “Fast Fashion”.

This concept refers to brands that renew your collections very quicklyvery often and at low cost, to the detriment of the planet and human rights. The European Commission also wants to address: to textile wastedestruction of unsold clothing, and ban greenwashing. Therefore, trust the quality, repairability and reusability textiles.

Friday of hectic weather between storm and return of snow in the plain! 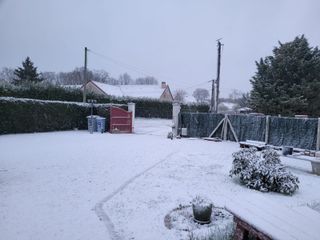 not wish do not fight directly against wastethe European Commission is attacking in the manufacture of clothes and wants “textile products placed on the EU market last longer and are recyclable, whether composed as far as possible of recycled fibersfree of dangerous substances and products with respect social and environmental rights.

The textile industry, the 4th source of pollution on the planet

Later food, housing and transportationIt is the garment industry that is one of the most polluting to the world. World textile production has doubled between 2000 and 2015. And less than 1% of clothing is recycled! Highly polluting polyester and acrylic clothing is responsible for 35% of microplastics released in nature.

A European buys on average 26 kg of textiles per year, of which 81% is in the form of clothing and the rest includes household linen. 73% of them are imported and we throw away about 11 kg of textiles! Clothing consumption has changed in Europe, it has decreased by 30% between 1996 and 2018. We buy more textiles but with less money.

Will the cold and snow continue at the end of the month? 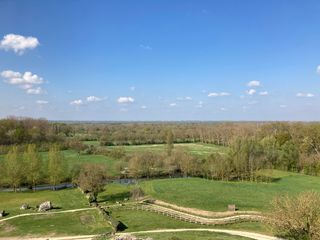 East overconsumption and overproduction are fed by fashion manufacturers who encourage consumers to buy more of clothing to keep up with trends. But to justify low prices, these companies do not hesitate to use lower quality fabricsoften done in dangerous and unsanitary conditionswithout respect for the rights of workers.