The famous blue hedgehog is put to the test when the evil Doctor Robotnik returns to Earth with a new companion, Knuckles, in search of an emerald that gives him the power to control the universe. Sonic and his new friend Tails race to find the gem first.

Moving at supersonic speed, Sonic made his first appearance in 1991 in the world of video games. The dynamic character with the smirk was meant to be a stark contrast to Nintendo’s plumber Mario, who was then dominating the industry. Sega’s blue mascot made his film appearance two years ago to great acclaim. The first film starring her, released shortly before the start of the pandemic, ranks first among video game film adaptations in the United States, despite its shortened theatrical run. he is ahead Pokémon Detective Pikachu, Unexplored Y Lara Croft: Tomb Raider.

Back in his post, director Jeff Fowler uses the same themes in this sequel, which once again mixes animation and live action. The story picks up shortly after where he left off. Sonic is equally hyperactive and full of good intentions, while the evil Doctor Robotnik (Jim Carrey) bites his teeth on the mushroom planet. The latter returns to Earth with a warrior, Knuckles, who travels the galaxies in search of an emerald of such power that its owner can dominate the universe. The malevolent Robotnik obviously decides to get hold of him. However, the duo are confronted by Sonic and his new accomplice, Tails, who has two tails that turn into propellers and allow him to fly. The two acolytes offer a solid opposition to their adversaries, which leads them to live many adventures. By doing so, they get what they are both looking for: a friend.

Knuckles and Tails add depth to the story. Knuckles, a courageous disciplined warrior, who sincerely believes in his mission, commands respect thanks to the deep voice of actor Idris Elba. Colleen O’Shaughnessey, who voices her to Tails in the video games, was the perfect choice to bring the friendly fox to life. They complement Sonic well, who benefits greatly from the vocal performance of actor and comedian Ben Schwartz.

Sonic’s adoptive parents, Tom and Maddie, are less present in this second play. However, Tom’s (James Marsden) influence remains critical as he guides his protégé and helps him grow into the hero he dreams of being. The award once again goes to Jim Carrey, who gives it his all as the deranged genius, willing to do anything to satisfy his delusions of grandeur.

Despite some violent scenes, this Paramount Pictures film, produced in collaboration with SEGA Sammy Group, is clearly intended for a family audience (but not young children, by the way). Fans of the video game franchise and parents will also find their account. 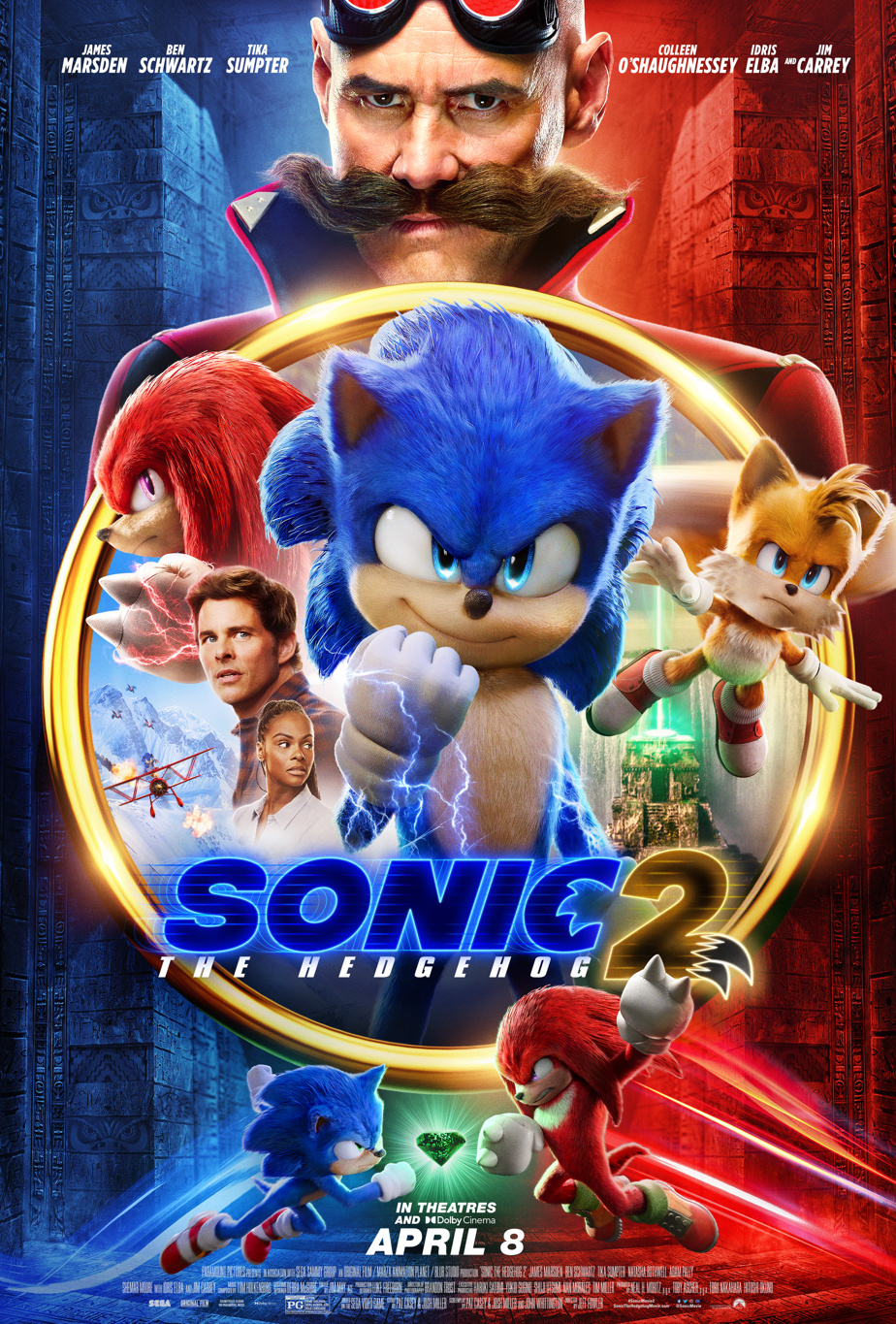