The 28-year-old from Bangkok was playing Axie Infinity, one of the online games based on the Ethereum blockchain, nicknamed “Play-to-Earn” or “play to win” in French, which mixes entertainment and speculation. financial.

These games can be lucrative businesses in the context of the virtual worlds and NFT craze, attracting millions of players and billions of dollars of investment who see these games as a way to introduce more people to cryptocurrencies.

Most of the “gamers” among you will probably be interested in the model that Axie Infinity offers. In this game, users buy virtual water droplet-like creatures with various attributes such as NFTs or non-fungible tokens (digital assets whose owner is registered on the underlying blockchain) for amounts ranging from a few tens of dollars to hundreds of dollars. Thousands.

Does buying, fighting, and upgrading creatures speak to you? Then the game in question will have something to seduce you. could be compared to Pokemon. Players can use pets to earn money by winning battles, as well as create new pets, the value of which depends on their rarity. Assets can be traded with other players on the platform, which it says has around 1.5 million daily users.

“It’s not just a game anymore. It’s more of an ecosystem,” Thitadilaka said. “You can even call it a country, right?”

The dangers of this speculative ecosystem, and the largely unregulated cryptocurrency gaming industry, were put on full display last week when Axie Infinity was hit by a $615 million heist. Hackers targeted part of the system used to transfer cryptocurrency in and out of the game. 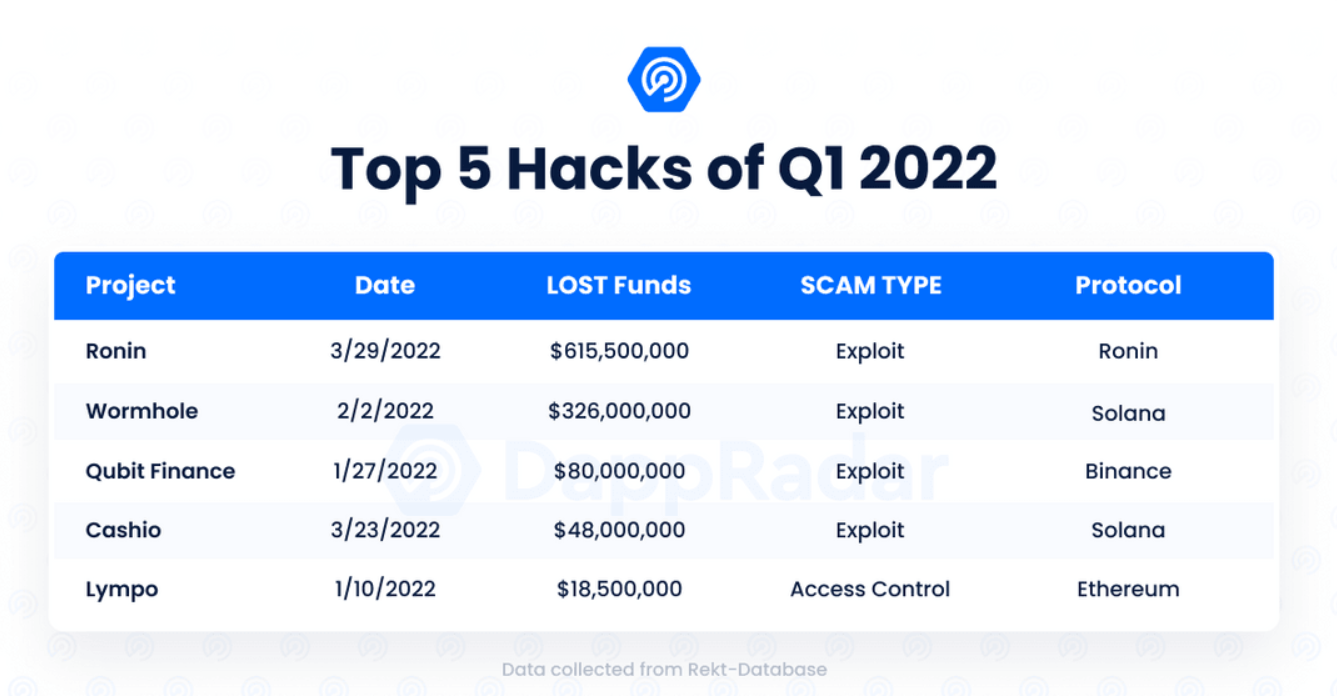 Vietnam-based Axie Infinity owner Sky Mavis said he would pay for the lost money by combining funds from his own balance sheet and $150 million raised by investors including cryptocurrency exchange Binance and venture capital firm a16z.

Sky Mavis co-founder Aleksander Larsen told Reuters that if he could do things differently, he would have focused more on security when growing the game, which launched in 2018.

“We were running 100 miles an hour basically even to get to this point,” he said. “The compromises we made may not have been ideal.”

The hack, one of the largest crypto heists in history, shone a spotlight on play-to-win games, a young world largely unknown outside of crypto and gaming circles, which is emerging to become big business. .

Gamers spent $4.9 billion worth of NFTs on games last year, the vast majority of which was traded on Axie Infinity, according to market tracker DappRadar, accounting for about 3% of the global gaming industry. Although demand has cooled off since peaking last November, gaming NFTs have still posted sales of $484 million so far in 2022. 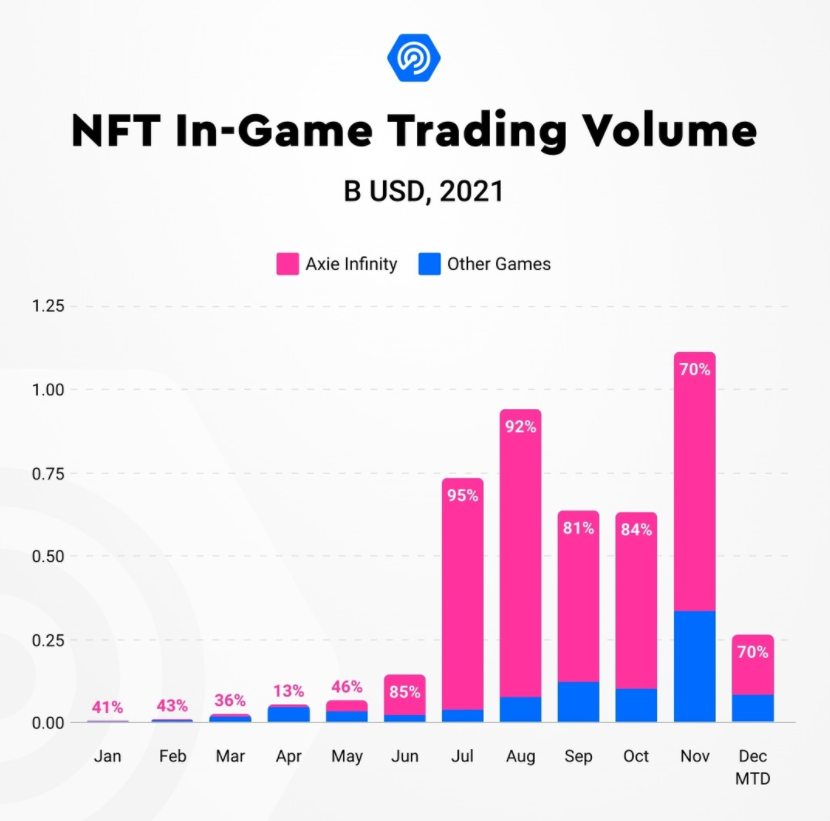 Investor interest in NFT-based games has also skyrocketed, with projects attracting $4 billion in venture funding last year, up from $80,000 in 2020, according to DappRadar. 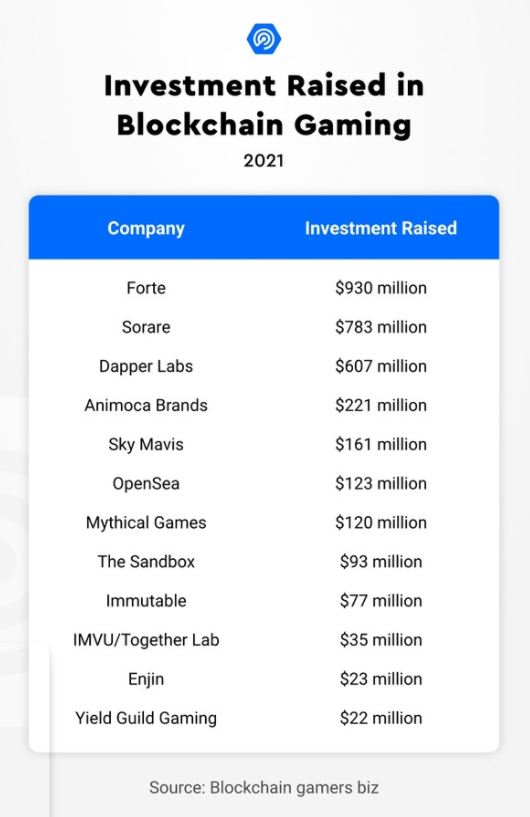 Investments made in the Play-to-Earn universe in 2021
Source: Dapp Radar

“There are so many users who want to interact with technology,” Larsen said, adding that Axie Infinity’s revenue topped $1.3 billion last year. “It’s like you’ve found a new continent… like you’ve found America again.”

Adding layers of complexity, unofficial financial networks have also sprung up around these games, as some players take advantage of their coveted in-game possessions for additional gains.

Thitadilaka from Thailand decided last July that he wanted to make more money than he could by playing alone. Therefore, he decided, with his friends, to form what is called in game parlance a “guild”. They allowed their NFTs to be used by people who wanted to play Axie Infinity for free, without investing in any assets, and received a portion of the profits in return.

This pattern is common in play-to-win games. Thitadilaka said his guild, GuildFi, grew into a network of 3,000 Axie Infinity players who shared their earnings with asset owners alike. Thitadilaka now runs GuildFi as a full-time job, and the company has raised $146 million from investors.

Southeast Asian countries such as Thailand and the Philippines have established themselves as one of the world’s leading gaming hubs.

Today, he says he earns up to $20,000 a month from his network of over 300 players across various games, as well as other crypto assets.

Teriz Pia lets her players keep 70%, while she keeps 30%. In another play-to-win game, Pegaxy, where players buy and trade virtual horse NFTs to enter races and win cryptocurrency tokens, she shares 60:40.

“I don’t call them workers. I just call them my friends or my scholars,” she said. “The salary in the Philippines if you are a teacher… I graduated from university, I am an educator, but it is not enough. I never imagined that I could earn this kind of money.” But Pia warned that it was dangerous work.

“There’s a lot of risk. When I invest in a new game…being a member of the Real Deal Guild, we have a team of partners, we have researchers, but at the end of the day, it’s still crypto, it remains a risk.

One of the biggest gaming networks to win, Yield Guild Games, said it had 10,000 Axie Infinity players in Q4 2021 who kept 70% of their earnings and received $11.7 million in total.

Australia-based Corey Wilton, 25, founded Pegaxy, which he says has around 160,000 daily users. He estimates that 95% of play-to-win game users participate as “rentals”, generating income without owning the assets, while 5% own the assets.

the players are alone

Legal experts warn that there is no safety net for players who actually invest in risky assets, leaving them highly vulnerable if a project fails or the asset market dries up.

As global regulators look to tackle cryptocurrencies themselves, there is little oversight of NFTs or the relative niche of play-to-win games, which typically use in-game cryptocurrency tokens that can then be cashed out in traditional currency. .

“Storing any value in projects like this is risky. Winning at blockchain-based money-making games is often achieved through rewards paid in the project’s native token,” said David Lee, a cryptocurrency partner at the law firm. Fladgate, based in London.

“There are no guaranteed values ​​for either the token or the in-game asset as its value is typically determined by supply and demand in the market. This means there can be significant price volatility and if the project is becomes less popular or is abandoned, then there is a chance that the assets will lose their value.

However, proponents of these games claim that success depends on a combination of factors such as skill, strategy, and luck.

“There’s definitely money to be made, but there’s also money to be lost here,” Pegaxy’s Wilton added. “Playing to win should not be confused with charity, that’s how people lose.”